Home > About Us > Governance

LEAP Academy Trust is a company limited by guarantee and is also (under the terms of the Academies Act 2010) an ‘exempt charity’, i.e., it has charitable status but is exempt from registering with the Charity Commission due to it being accountable to the Department for Education (DfE).

Effective governance is key to our success. Transparent, empowered, assured governance, in keeping with the Trust’s values, is hard-wired into our constitution and in our ways of working.

All Academy Trusts have two layers of governance – Members and Trustees. Some (like LEAP) choose to have a third, i.e., Local Governing Bodies (LGBs)

We employ a Lead Governance Professional (LGP) to provide administrative and advisory support to Members and the Board of Trustees, acting as the strategic lead for wider governance support. The LGP makes an invaluable contribution to board efficiency, effectiveness, productivity and compliance. They also have a crucial role in promoting the culture that ensures good governance in our schools and Trust.

Our current LGP is Sam Corbett. 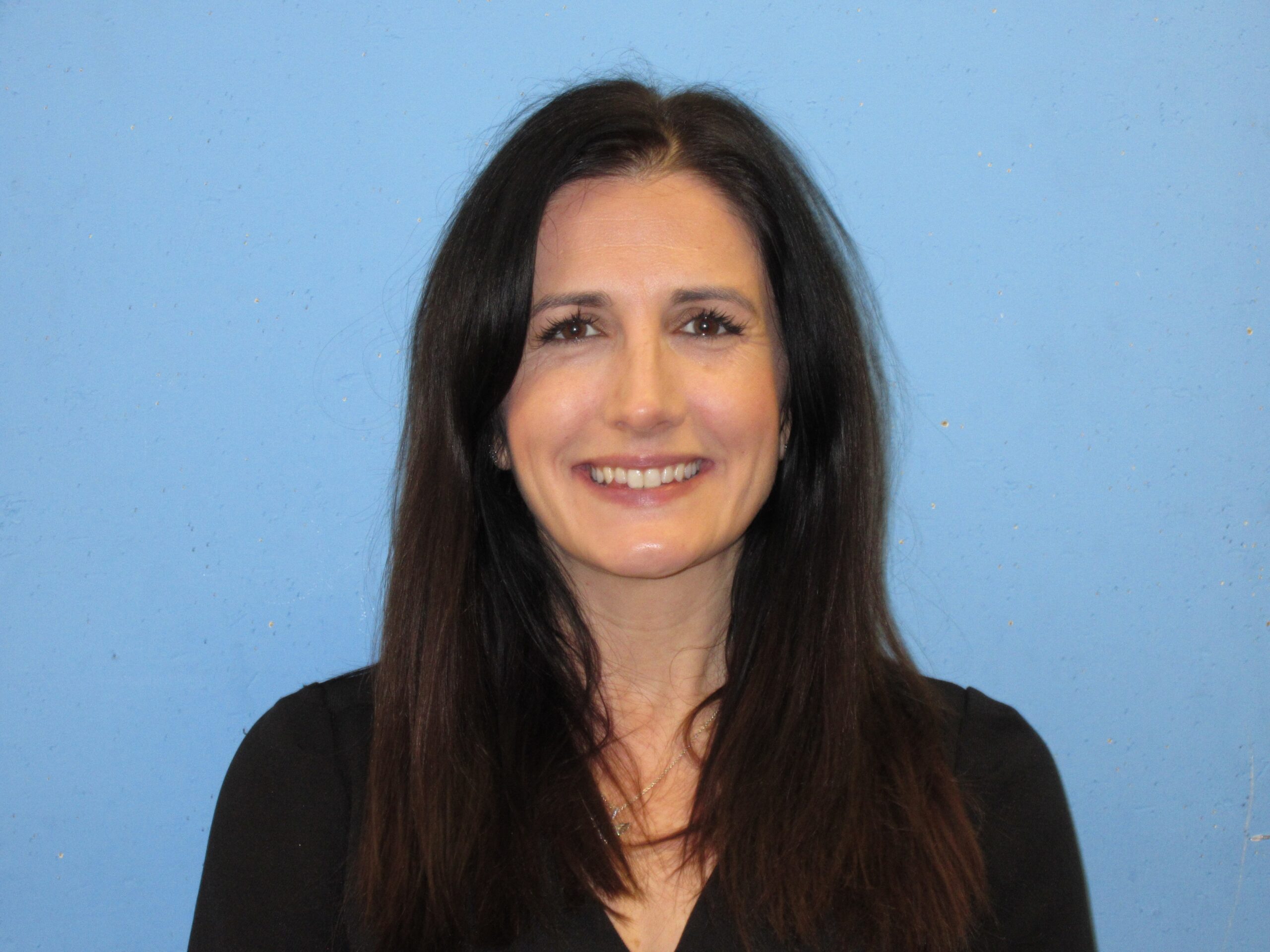 Members are the custodians of the governance of the Trust. Although they constitute the top governance tier, they have limited powers and a largely hidden role in terms of the running of the Trust. The first members were the signatories to the Memorandum of Association when the Trust was set up and agreed the Trust’s first Articles of Association. These Articles include how members are recruited and replaced. Members do not technically have a term of office.

Appointed Chair of the Board and member in February 2020. 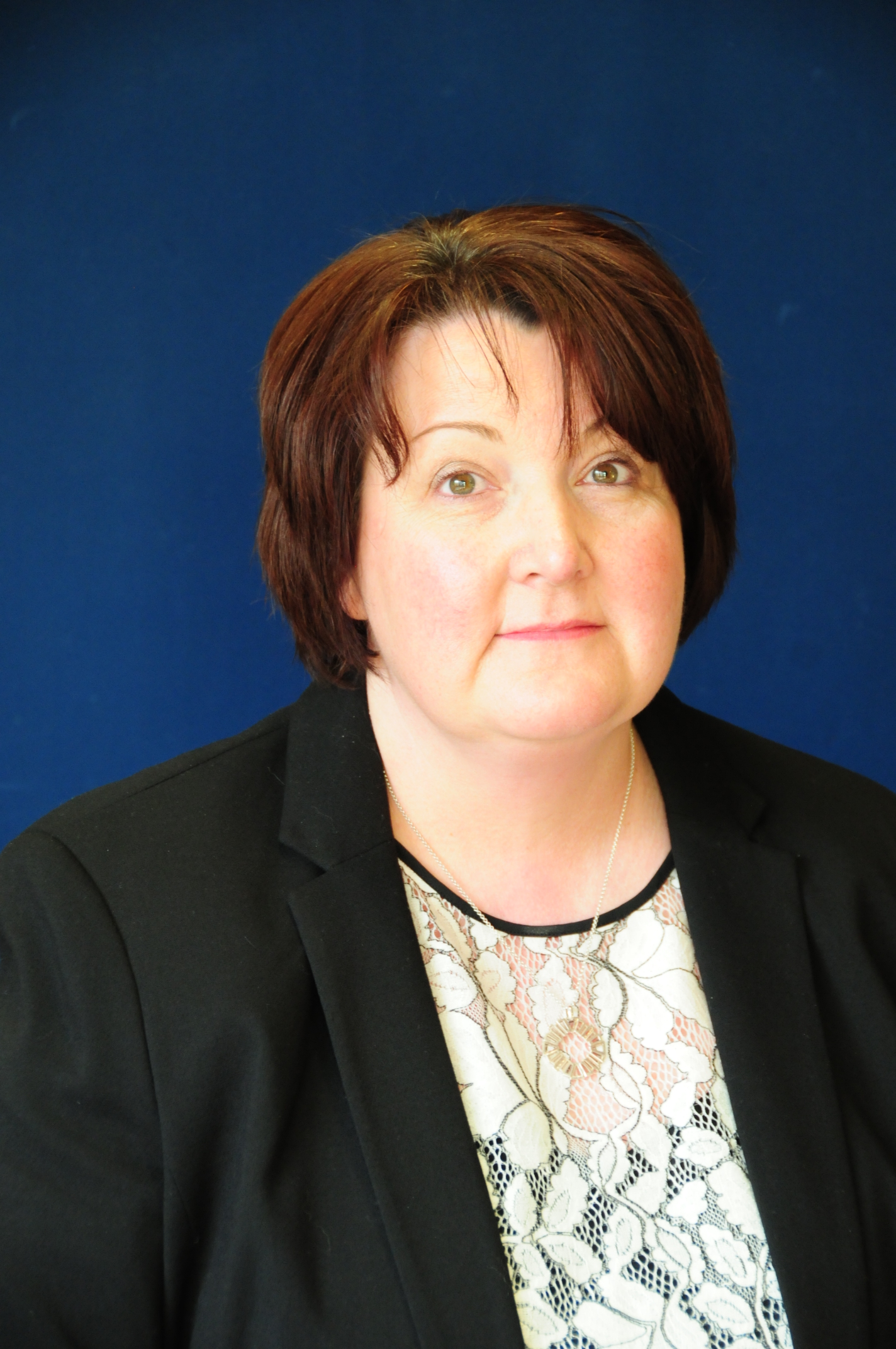 Formerly a Trustee, Peter became a member in January 2015. He has 20 years’ experience as a school governor and is a retired banker. 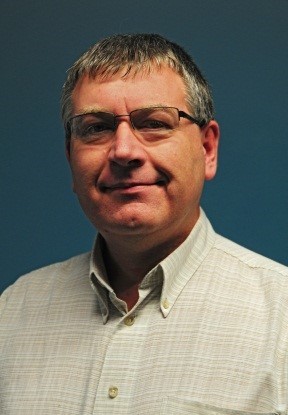 A member of the MAT since its inception in February 2015. She is a former primary school teacher and has 20 years’ experience as a school governor. 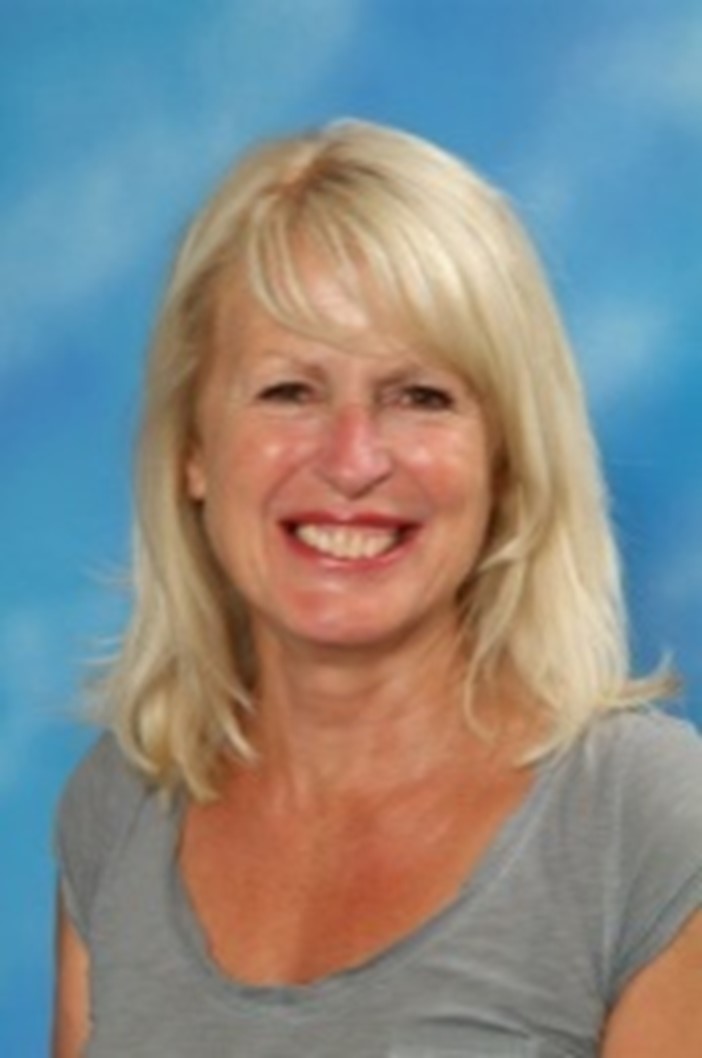 Formerly a professional governance clerk, Jean is our most recently appointed member. 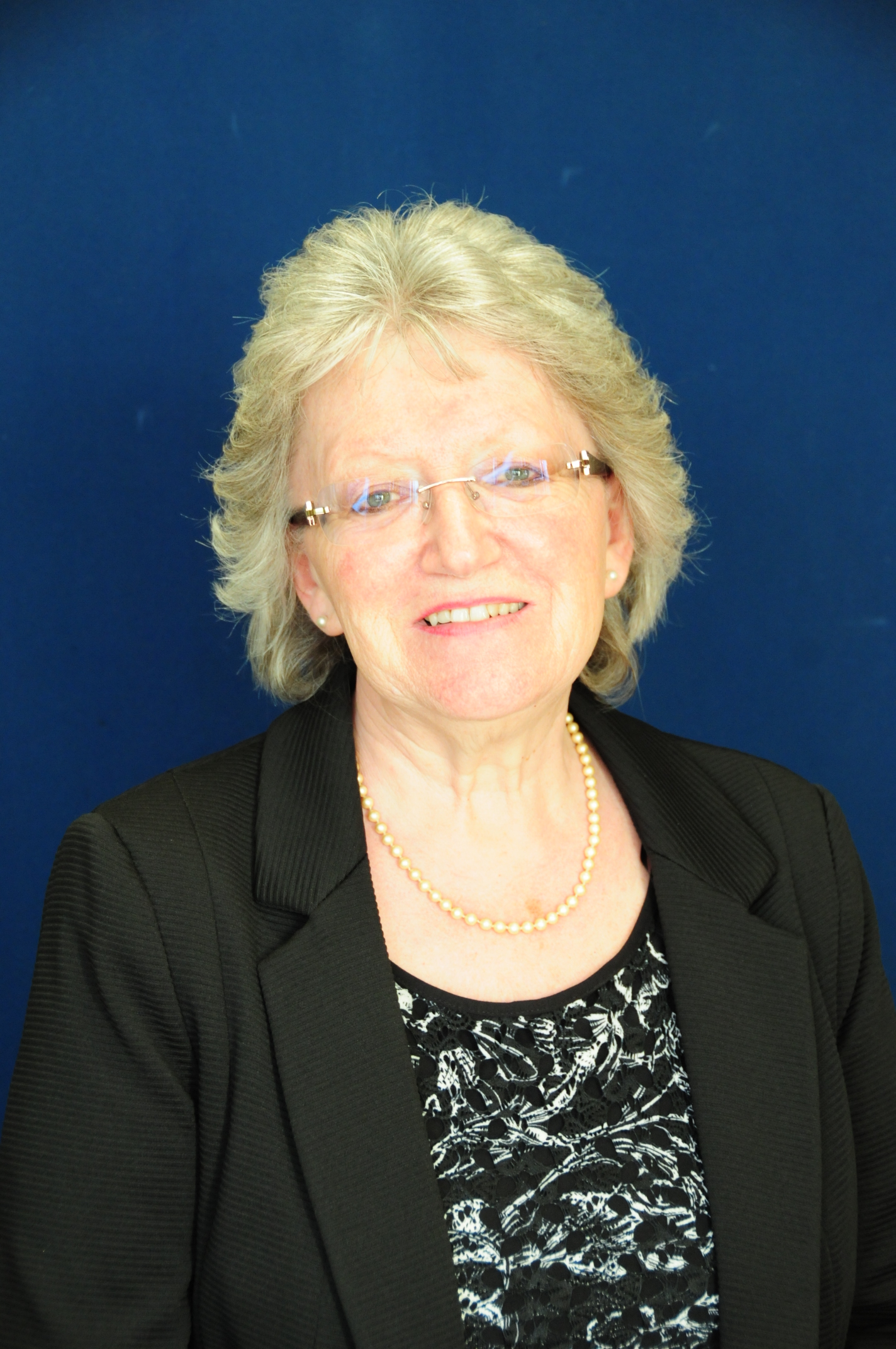 A member since September 2021. Steve is the Chair of a primary MAT and worked as a secondary school senior leader in North Nottinghamshire until his retirement. 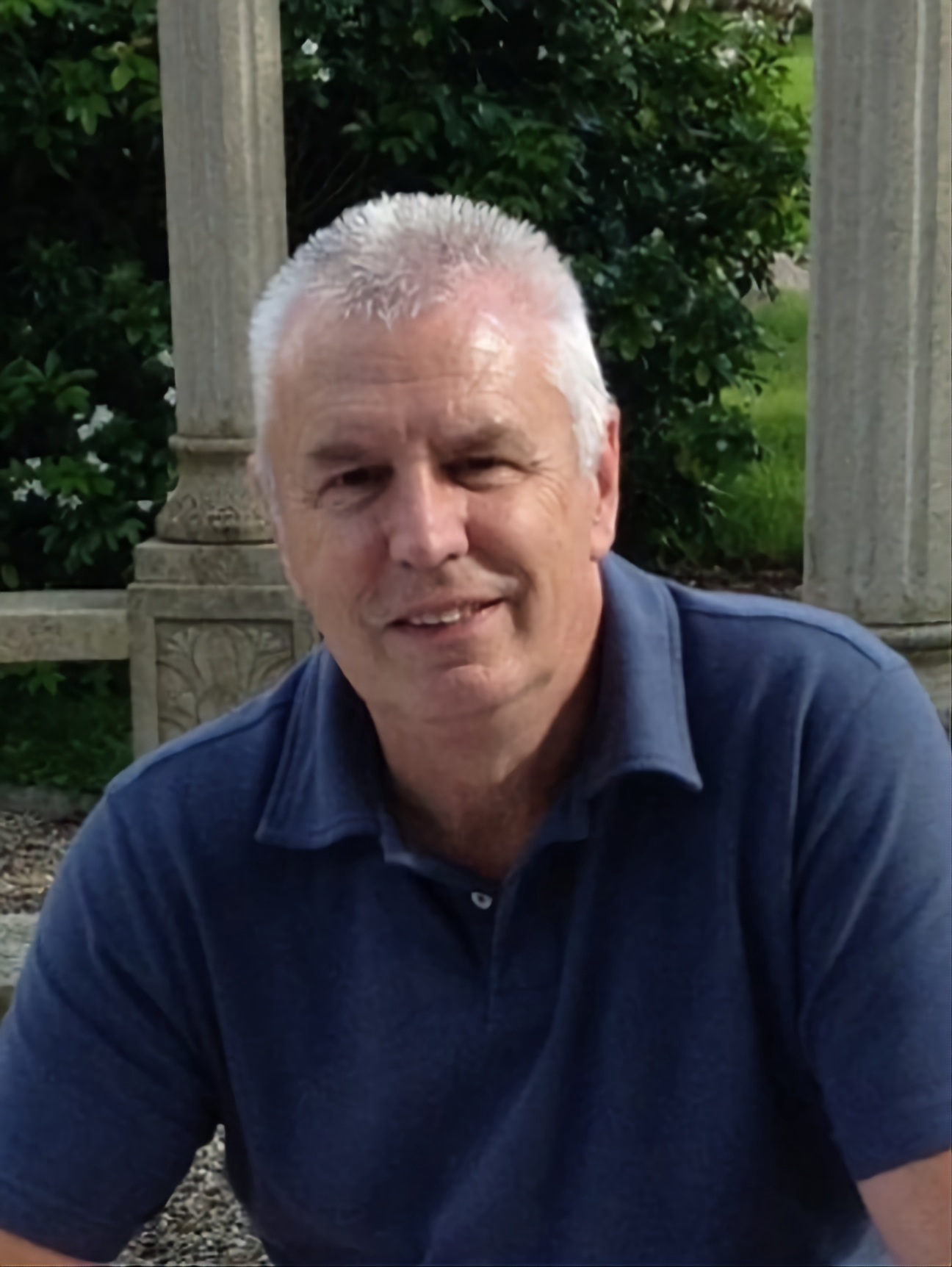 Former Founder Trustee and CEO of a regional children’s charity, Chair of Governors of local primary school and Governor of an Independent Senior School. Currently Hilary is a working Director in the family catering business. 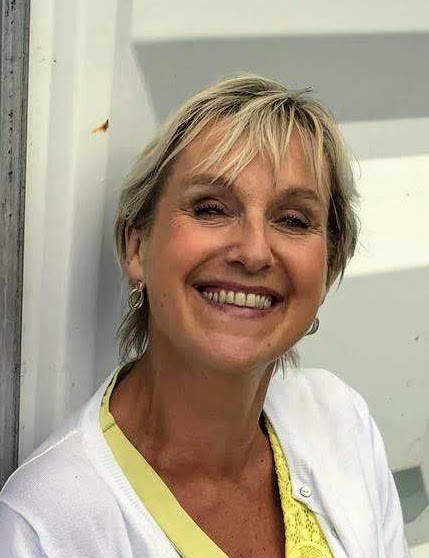 Members of the Trust Board are Directors of the company and Trustees of the charity. They are legally responsible for the Trust and are accountable to the Secretary of State for the effectiveness of their Academies.

They are responsible for the three core strategic governance functions, i.e.:

Our Members of the Trust Board are:

Kim has over 18 years’ school governance experience both at primary and secondary level and is also former Chair of Trustees at a primary MAT.  Kim is the sole remaining founding LEAP Trustee from its inception in February 2015.  She became MAT Chair in February 2020.

Kim has strong organisational, interpersonal and leadership skills; with an ability to work as part of a team; providing challenge and ensuring accountability whilst not being afraid to take difficult decisions for the benefit of all the schools within the Trust.

She is passionate that every student receives an outstanding educational experience where students feel valued, safe, and can develop their learning to give them the confidence to continue with lifelong learning, achieve their very best and contribute to their local community/wider society. 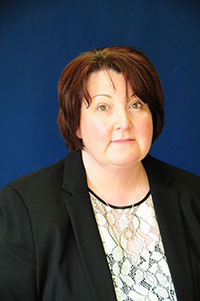 A former Local Authority Principal Adviser, Bob’s primary role was to work with schools to improve experiences for students to raise better levels of engagement and achievement.   He was also a School Improvement Partner to 12 Primary schools, 3 Secondary Schools and 2 Pupil Referral Units.

Bob has been an Inspector for another Local Authority and also been a member of Ofsted Inspection Teams.  Since retiring he has worked with schools on a voluntary basis including being Deputy Chair and Acting Chair of an LGB of a Rotherham School part of a Multi-Academy Trust.  He joined LEAP Board of Trustees in June 2020. 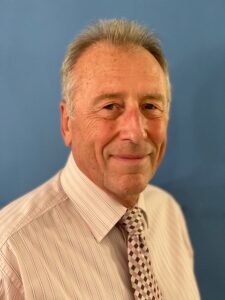 A former student at Maltby Comprehensive School, Mark graduated from Birmingham University with a degree in accountancy. In 1985 he joined a local firm of accountants, qualifying as a Chartered Accountant in 1988.

Mark has remained with the same firm for over 30 years and is a director of that company.  In addition to his commercial client base, one of Mark’s specialisms is advising charitable and not for profit organisations, in particular Academy schools.   He joined LEAP Board of Trustees in April 2016. 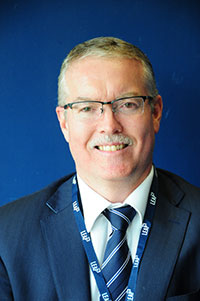 Andy joined the Board of Trustees in April 2019 having previously served as a Governor at Dinnington High School. Andy is an Affiliated Member of the Chartered Institute of Personnel Development and Member of the Institute of Grocery Distribution and spent over 32 years in the retail and business sector managing people/stores for a FTSE 100 multi-national grocery and general merchandise retailer.

In 2017, Andy became Head of Recruitment for a multi-national pharmaceutical chain based in Nottingham and then in 2020 became Operations Director for an on-line retail company based in Lincolnshire prior to taking semi-retirement in 2021.

Andy has extensive management, leadership, HR and training and development experience and, as a trained coach and mentor, has strong listening and engagement skills.   Following a programme at Manchester Business School, Andy received a distinction in advanced business development which gives him sound financial and project planning skills. 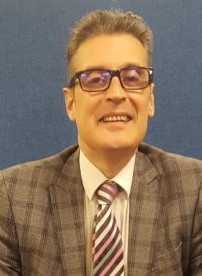 Philip joined the Board of Trustees in January 2021.  He has spent his entire career in Information Technology, initially for 20 years working in a software house and then latterly as Chief Technical Officer.

For the last 15 years as owner/director of his own company he has pursued roles in IT consultancy across a broad range of sectors including finance, retail, utilities and wealth/investment.  Most recently he has been working with the DfE’s Education & Skills Funding Agency. 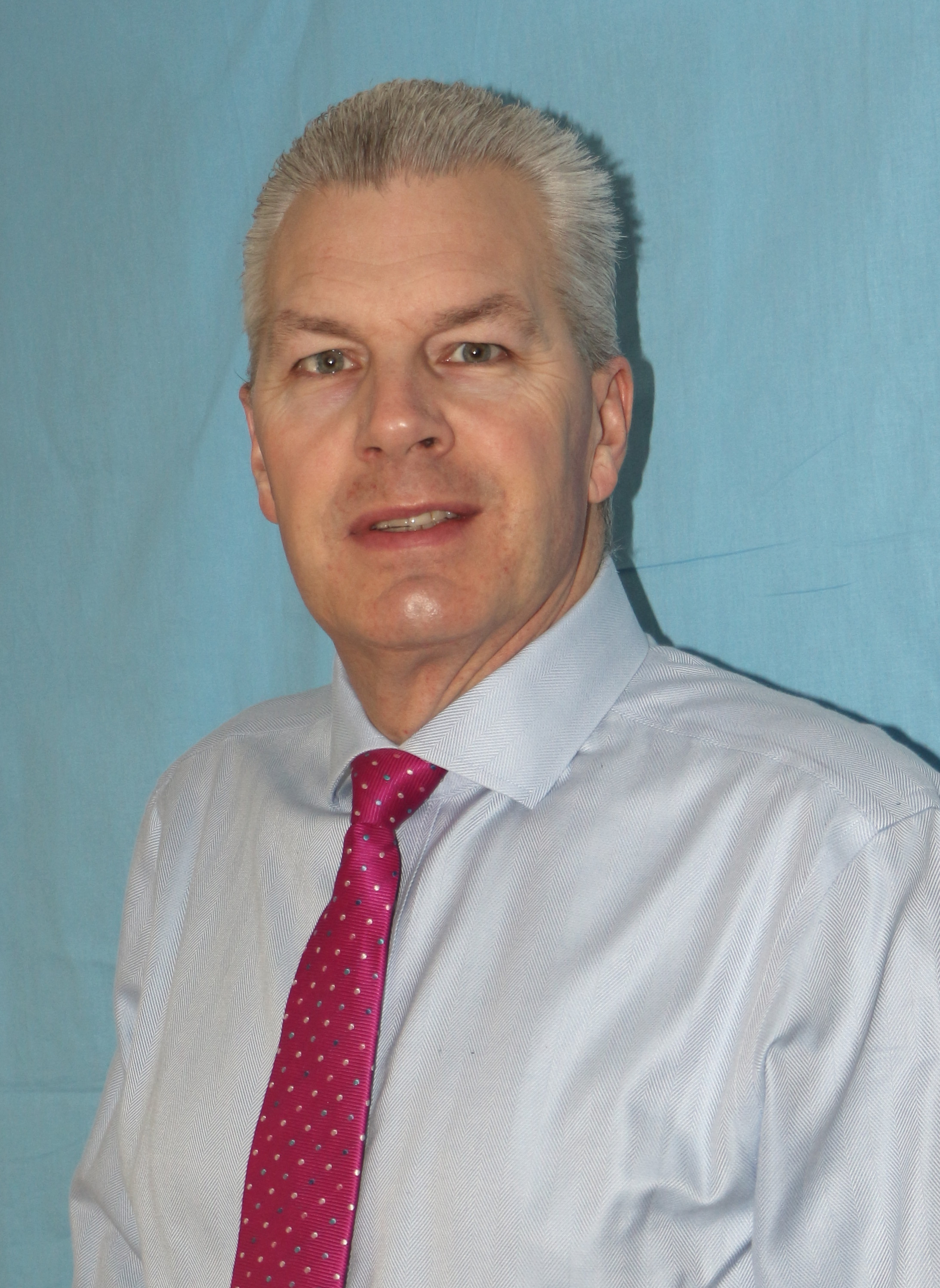 Mark joined LEAP Board of Trustees in April 2016 and is Deputy Director of IT at Lincoln University.  Prior to that he worked as an IT manager for over 25 years’ supporting organisational change in an increasingly regulated, complex and global Banking industry followed by a short period of running his own consultancy business supporting small and medium sized organisations to improve their management of risk, effectiveness of their IT and development/organisation of their people.

Mark has a passion to ensure real effective change takes place in order to help organisations mature.  He considers is it healthy to look at things from a fresh perspective and in obtaining a wide range of views/experience gives the chance to approach challenges from a different angle.  His aspiration is to take his passion/wealth of experience and use his skills and diverse insight to deliver unique, effective and commercially aware changes.

Wayne became interim Chief Executive in December 2019, shortly before the lockdown of schools began, becoming the permanent appointee in September 2020.

He was centrally involved in the formation of the Trust, working closely with the founding CEO to help establish the original working practices and policies of Trust schools.  Similarly, he led on the conversion project for Eckington School, when it joined the Trust in 2018.

Wayne led Brinsworth Academy to record-breaking A Level results and significantly improved GCSE outcomes in 2016 and to a successful OFSTED inspection in 2017.

He has been in senior leadership for 17 years and is an experienced SLE. He has held senior leadership roles in three schools/Trusts and has previously delivered successful support for schools under National Challenge and Coasting Schools support, including Kingswood College in Hull and Royds Hall in Huddersfield.

He has led senior leadership training courses for Learners’ First and for Aspiring Heads in Nottinghamshire.

During his NPQH studies, Wayne’s submissions on the changing education sector were published by the National College.

Prior to a career in education, Wayne worked in local government and was a retained firefighter. 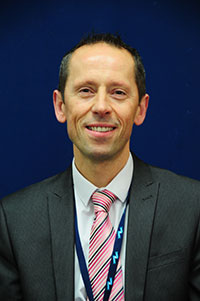 Members of the Audit, Risk and Finance Committee
Mark Garrison

The purpose of the Committee is to assist the decision-making of the Trust by providing a process for independent checking of financial controls, systems, transactions and risks.

The Academy Trust Handbook published by the Education Funding Agency (ESFA) requires that the Audit & Finance Committee’s work must focus on providing assurances to the Board of Directors that risks are being adequately identified and managed by:

As part of a multi-academy trust (MAT), the Committee’s oversight must extend to the financial controls and risks at constituent academies.

Oversight must ensure that information submitted to DfE and ESFA that affects funding, including pupil number returns and funding claims completed by the Trust and its constituent academies, is accurate and in compliance with funding criteria.

Richard joined Brinsworth Academy in 2006, supporting the business team. In June 2010, Richard was tasked with the conversion of the former comprehensive school to form Brinsworth Academy Trust on 1st October that year.  He was appointed Business Manager shortly following the conversion and continued to enjoy his work embedding the academy’s support services post academisation.

In February 2012, Richard was seconded to lead on the conversion of a Sheffield PFI school, which proved to be a contrast to his first conversion!  Process was completed in October that year.

Richard was appointed the Director of Business for the Trust in September 2012. Richard subsequently completed his NVQ Level 4 accountancy qualification

In 2015, Brinsworth’s single academy trust became a MAT when it merged with Dinnington High School.  Again, Richard worked with the Trust’s legal advisors and supported the Board to establishing a revised constitution and governance structures.

Richard has enjoyed playing his part in securing several capital funding programmes for the Trust and lead on several significant procurement projects that have greatly contributed to school improvements. 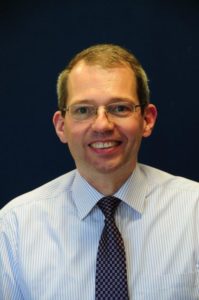 It achieves this by providing intelligence to the Board of Trustees, supporting innovative educational practice, and providing a forum for mutual support and challenge to drive school improvement across the Trust.

A range of staff members are invited to present at meetings, dependant on the area of focus.

The Board also actively engage with staff through other informal meetings such as Executive Leadership Team (ELT) Briefings, Chairs Meetings Safeguarding and SEND Briefings.

Attendance Records and Register of Interests

Consistent with the Trust Board’s role Trust-wide, they are responsible for the following core areas in respect of the Academy which they oversee:

Chair of the Brinsworth LGB is Valerie Whitaker.

Chair of the Dinnington LGB is Samantha Brookes.

Chair of the Eckington LGB is Jill Wormleighton.

Schemes of Delegation (SoD) define lines of responsibility and accountability, ensuring that individuals and bodies within the organisation are fully aware of their roles and responsibilities.

Structure and Lines of Accountability